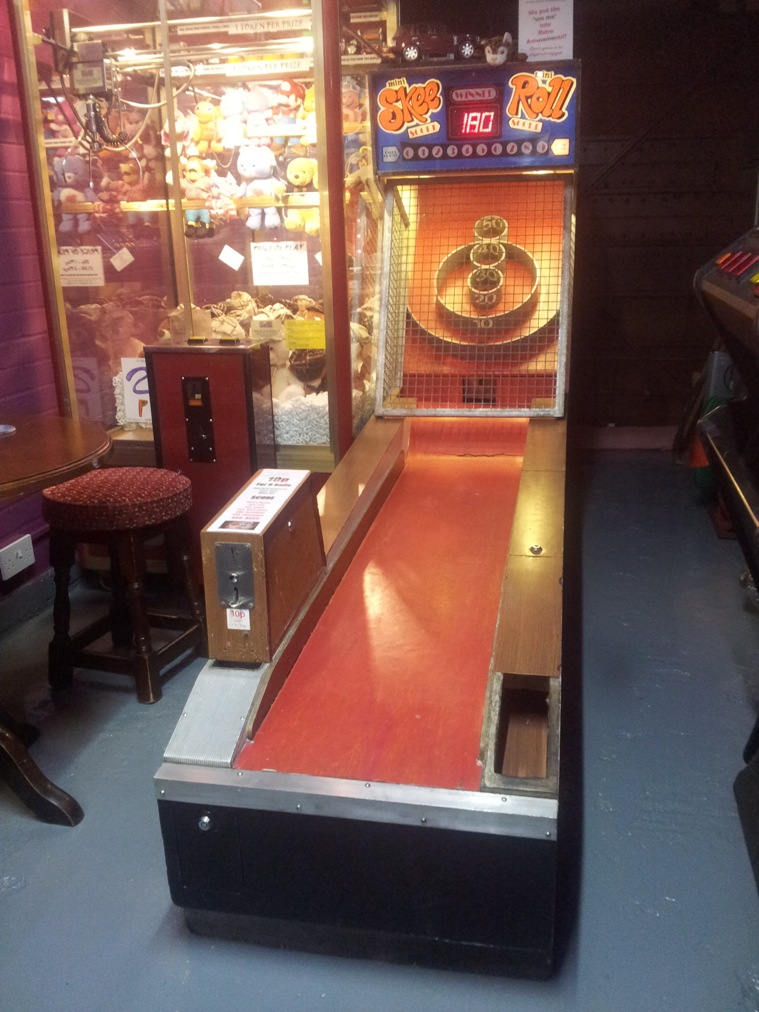 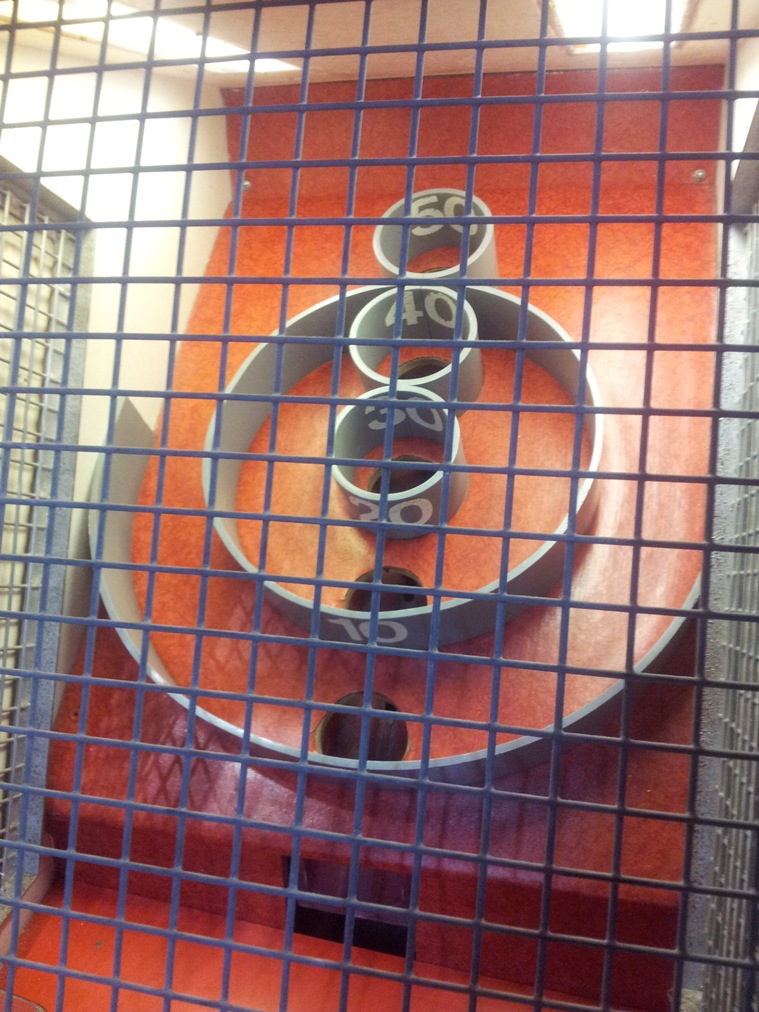 so machine additons have slowed down a little. That said, after seeing one of these

available for purchase recently, I thought I needed to treat myself.  I have very fond memories of

these as a child and always played them at Teignmouth Pier, South Devon (even to this day!).

Some might say (including me) a timeless classic! This item is rather rare in as much as it's 3/4 size.

Now, at 10' long that's still pretty big, especially now it's sitting in the gamesroom but just about

managable vs. it's 13 foot bigger brother! Built by Brenco from the late 70', and purchased from an

aracde in Fleetwood (nr Blackpool), this slightly smaller version doesn't appear to have been that

popular. I can only assume that most arcades that would have considered this type of game

generally had space for the standard machine. I only know of one other location to house one and

that has been heavily modified to single ball play for 2p! Urgh! If anyone else knows of any more of

these 'mini' Skee Rolls, please do let me know - 'kevin@retroamusements.co.uk' 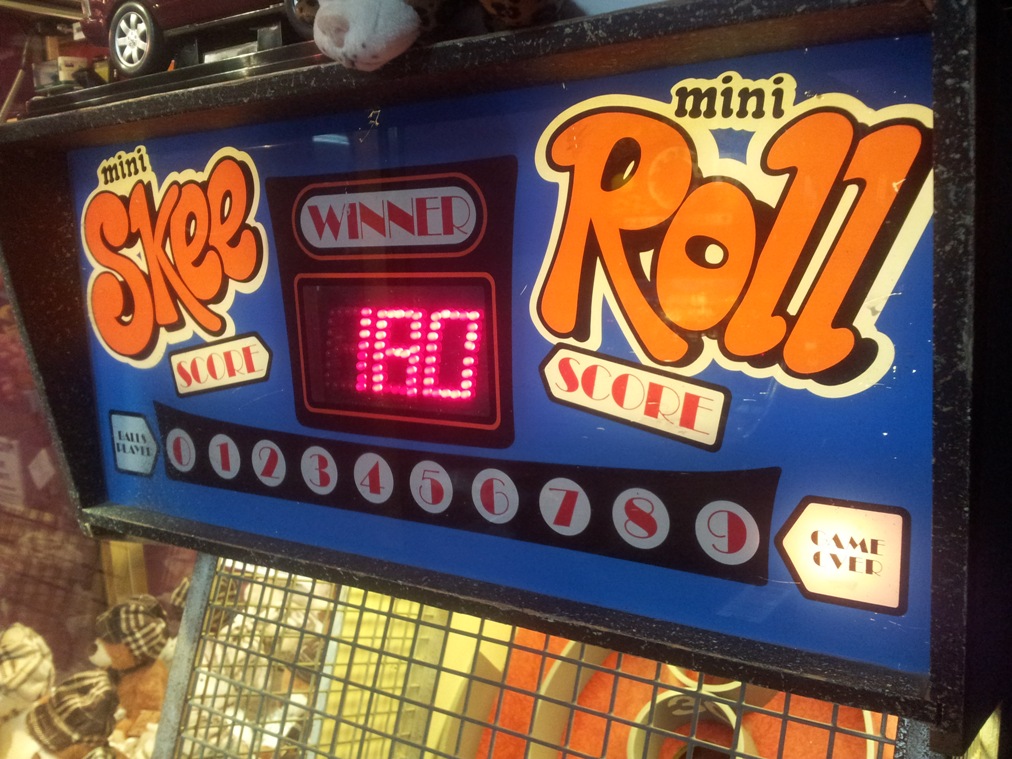 It is in pretty good shape considering it's only just left the arcade floor. Fully working, no cabinet

damage or rot and still with original wooden balls and no wear on playfield. The main lane covering

needs some attention at the ramp end where it has started to crack but nothing major at all.

I plan to repair this rather than replace to aid originality as best I can. 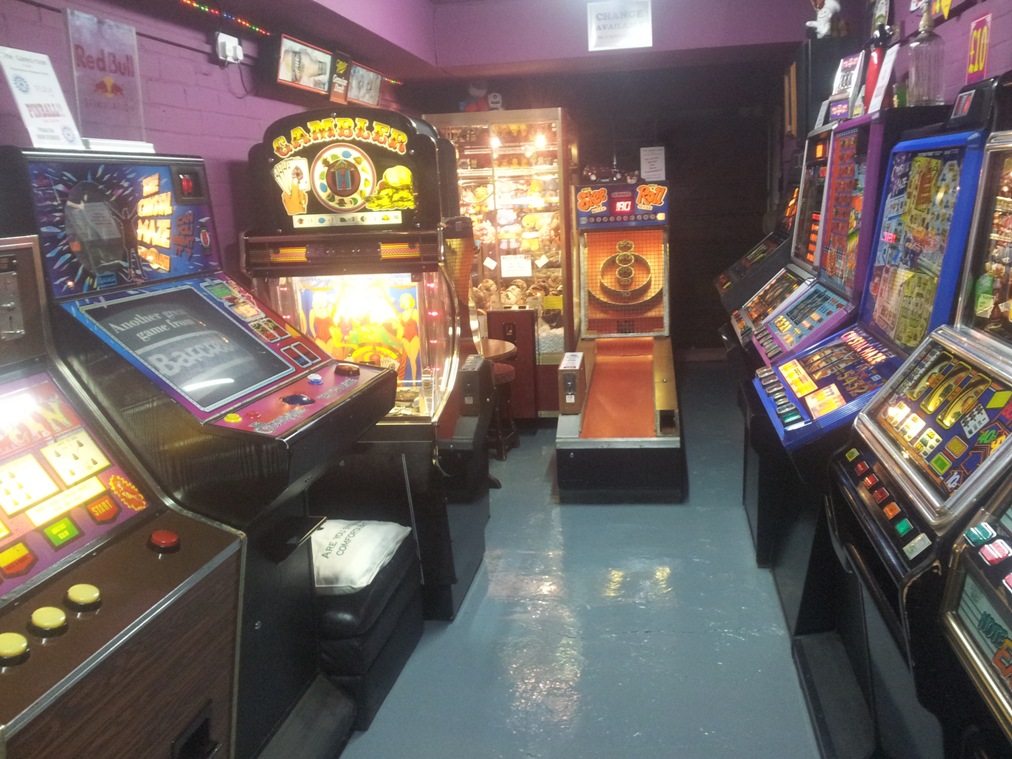 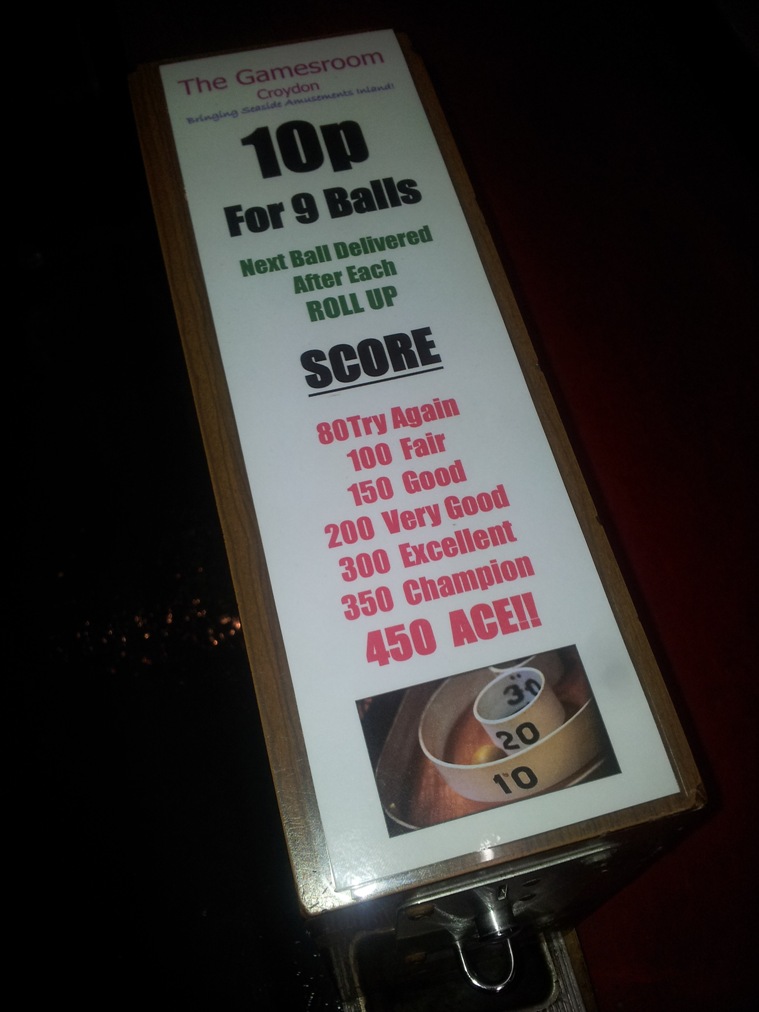 Just over a week has passed by and I've managed to repair the lane. It has been carefully filled, rubbed

down, painted and then waxed. Waxed with something perfect for the job - a variant of the

same stuff used for bowling alley lanes! This means I can build up a tough, durable coating that will

protect the existing covering and also preven against premature wear of the newly painted repair surface.

I'm very happy with the finish especially as the paint colour was 'off the shelf'! If you wern't

looking for it, you wouldn't know - job done! 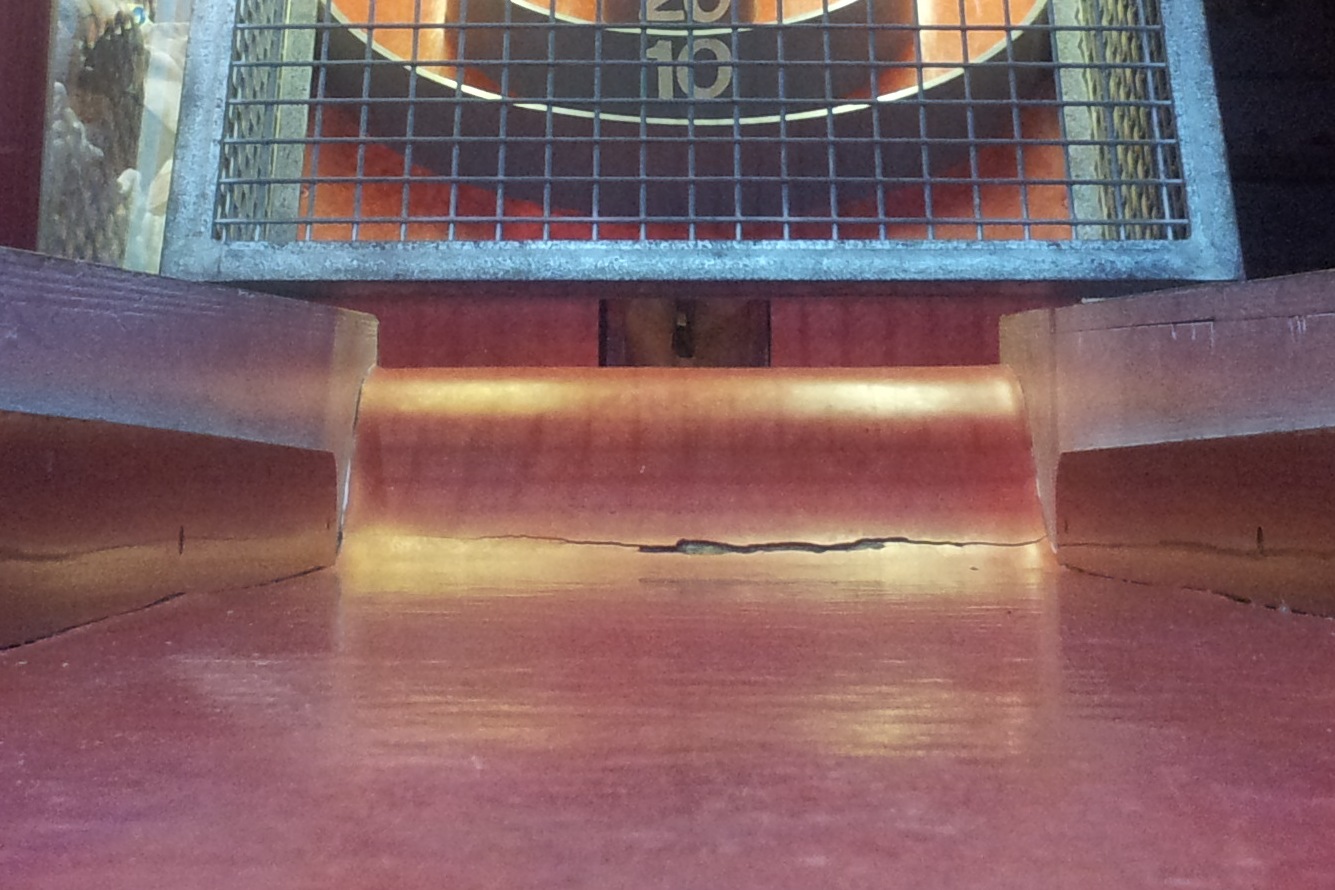 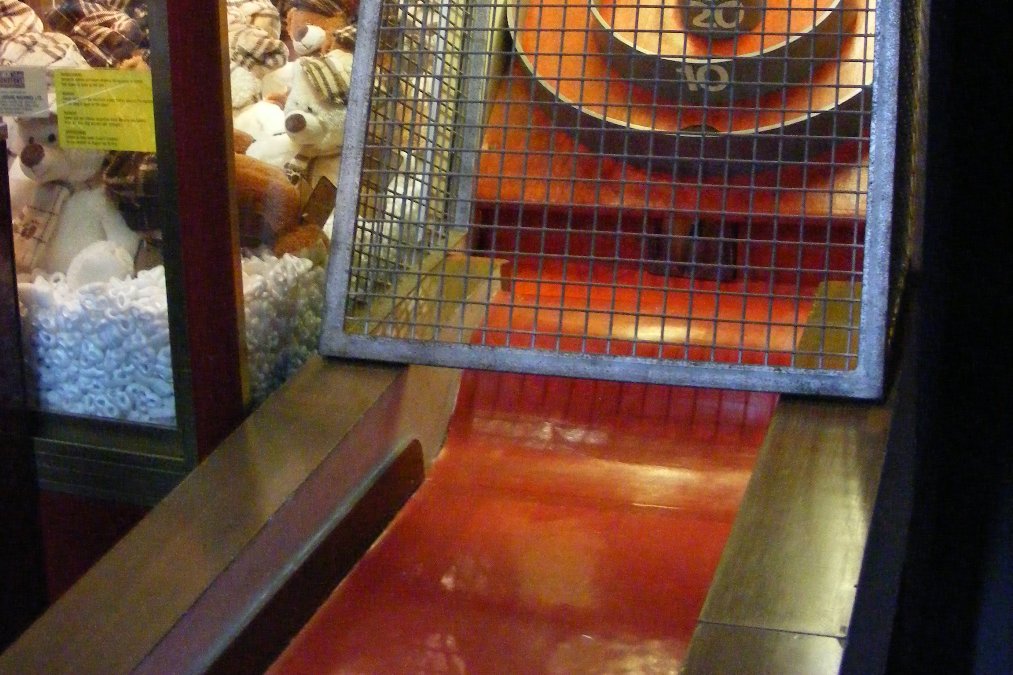 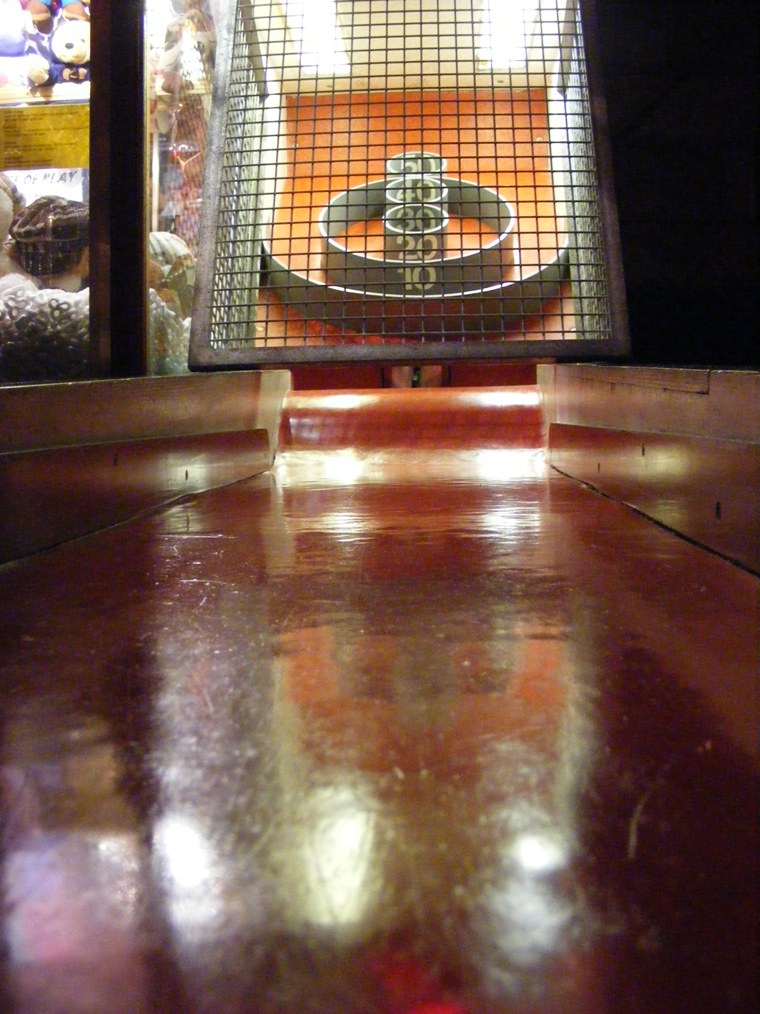 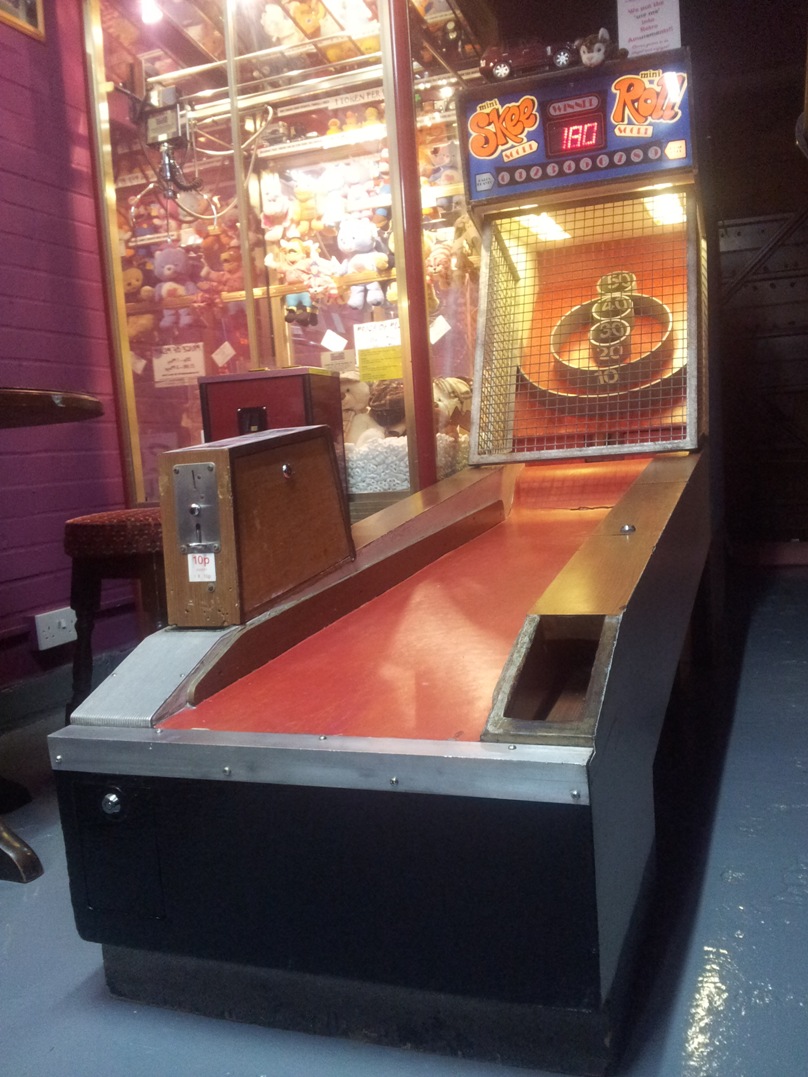 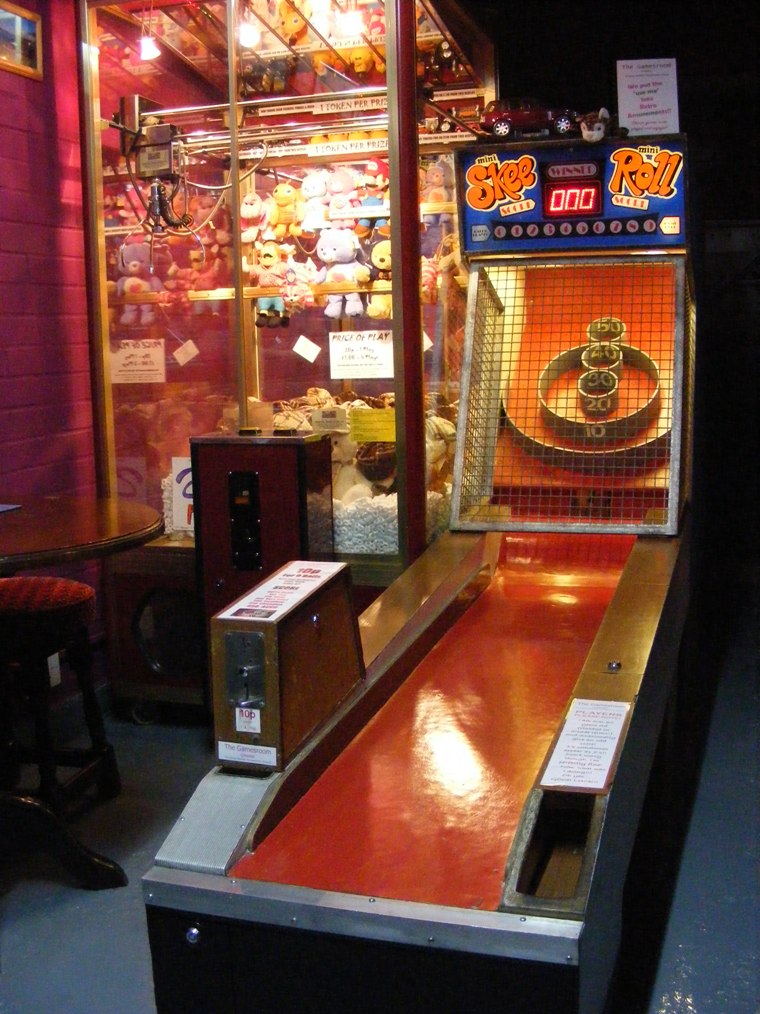 Now that's sorted, there's not a great deal else to do on this machine. I have a new set of

balls for every day play (will still keep originals). I need to tidy some of the wiring under the lane

itself but that's it. All being well (famous last words!), she should give me many more years

Any further news on this machine I will post here.