Well, this machine was not a planned purchase by any means! It had been advertised on a well known auction site and was

only a couple of miles away. Made by Crystal and running on Barcrest MPU4 tech, I didn't have any prior memory of this

game but as many of you know I just can't help myself at times! With the auction ending at nearly 1am, and two current bids

totalling a mighty Ł1.04, I sat it out and planned my bid. Seeing as it wasn't on my 'want' list and space is still very much at a

premium, it was never going to be a huge amount. Never the less we all know that all the action comes in the final few seconds.... 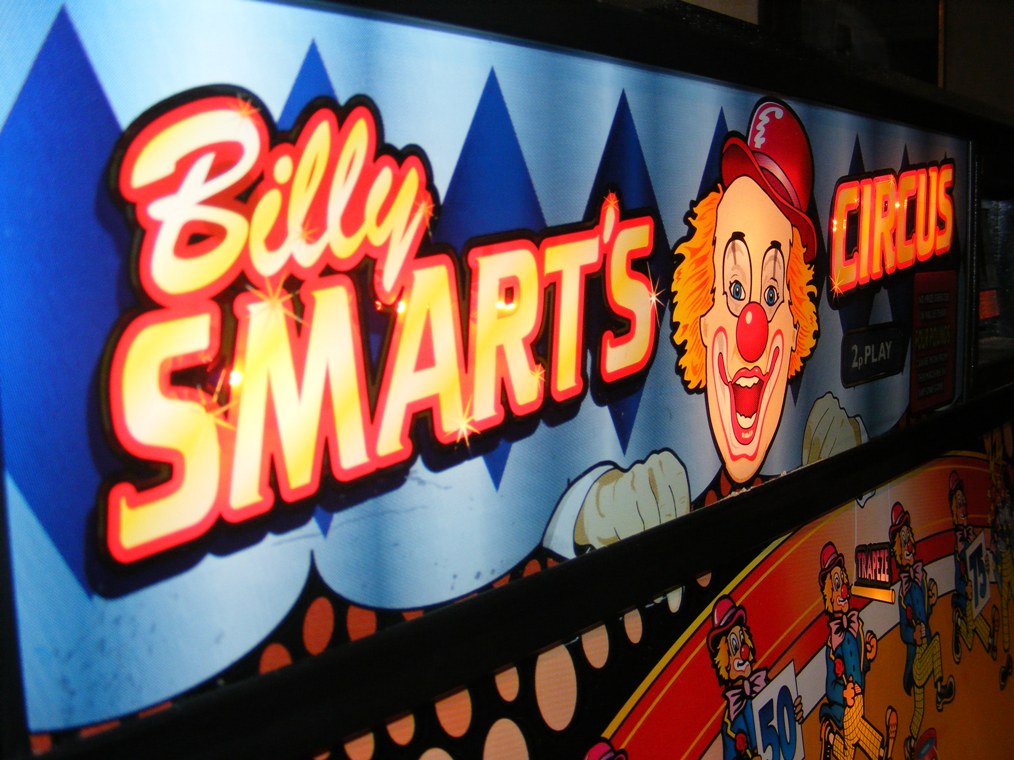 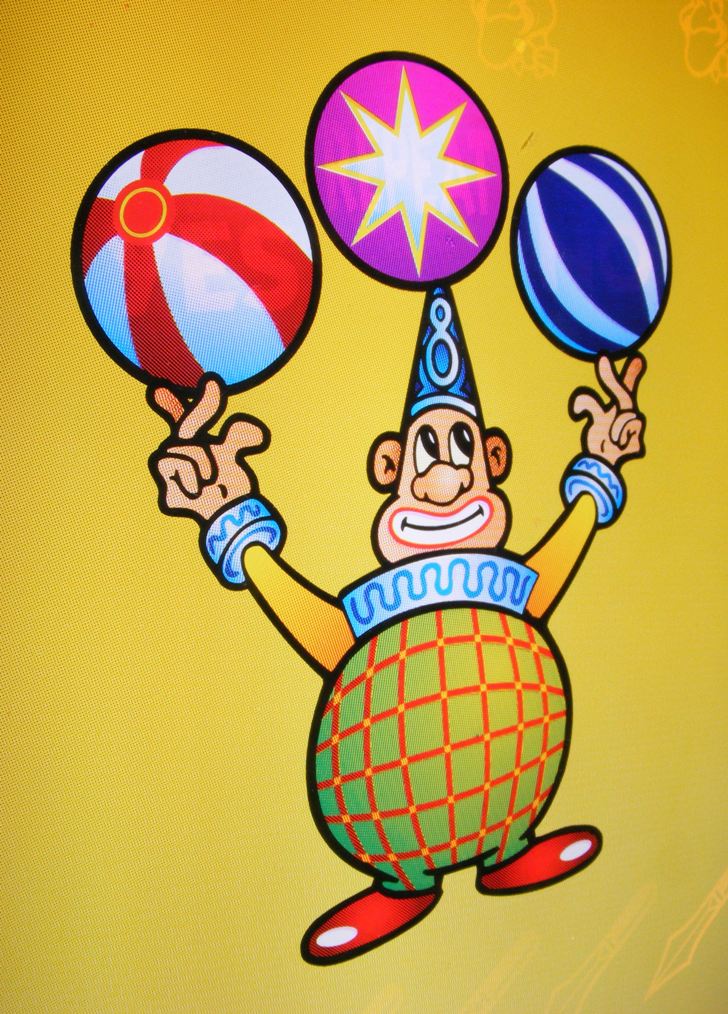 I decided I wasn't going to pay any more than Ł25.00 and went in with a cheeky Ł26.00 bid. The seconds counted down

and as we can all work out... I had won the auction. But for what price?? It took a second glance from me I can tell you.

This machine had been bagged for just Ł1.24!!!! It was picked up the next day without any fuss but I did expect the seller to try

something to get himself out of the deal! You know, urrm, I've dropped it down the stairs or the house went up in flames.....

major flooding, someones stolen it, my boy has swapped it for some magic beans etc etc!! Here she is just after collection -

absolutely filthy!! Inside and out!! 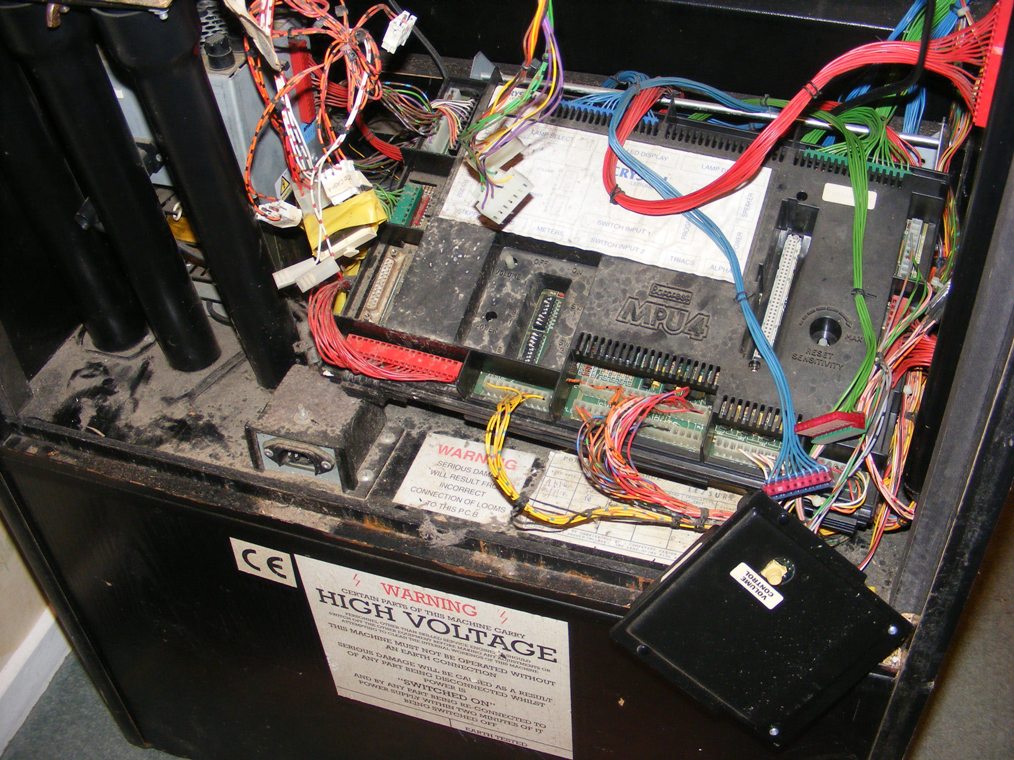 To make the deal even more of a bargain (yes, this is possible!).... upon dismantling and cleaning her out, Ł3.10 was found in silver

so it turns out I was actually paid to take themachine away! This was seeming to be one of my better aquisitions! Fortunately,

apart from a very deep clean she was all running perfectly. I say that, I did have an issue with the alpha-numeric display -

it showed '?????' in every single character! I tried a few things but it turned out a change of board was needed. I do have a couple

in stock so swapped it over and problem solved. This does now mean I have a board with a fault but by looking at the dirt and

grime on it, this will have a good clean first. The battery will be removed and we will take it from there. If I have to put it in for repair

so be it. It's not like I spent a fortune on the machine but a game that I do now think was worth saving. 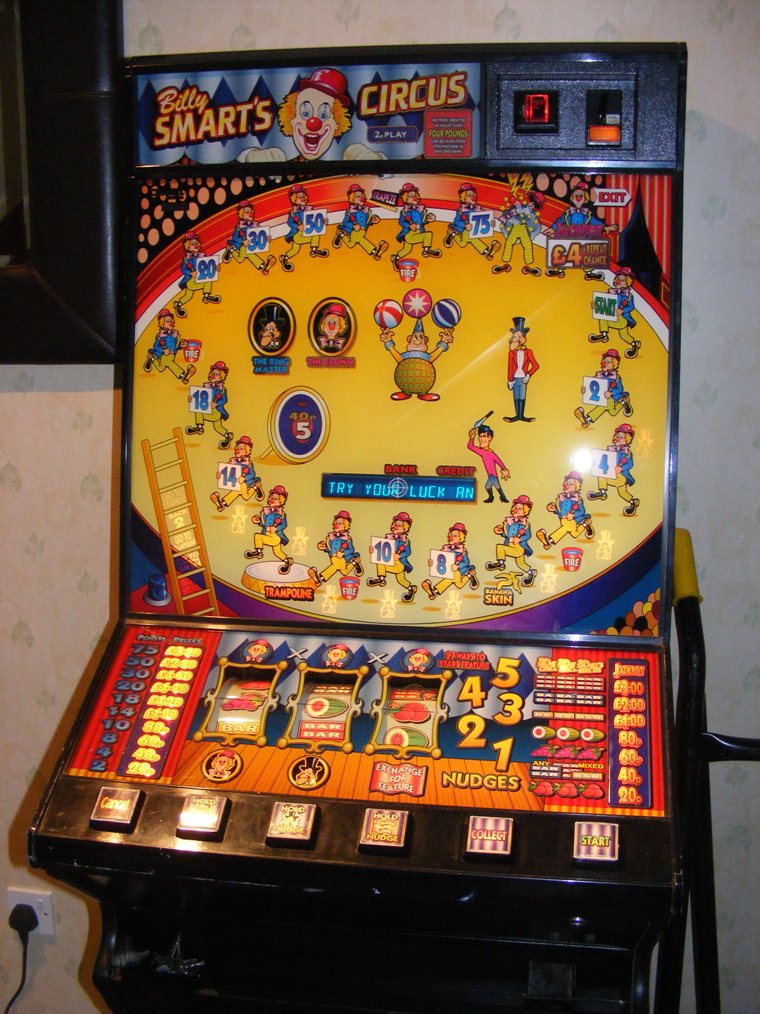 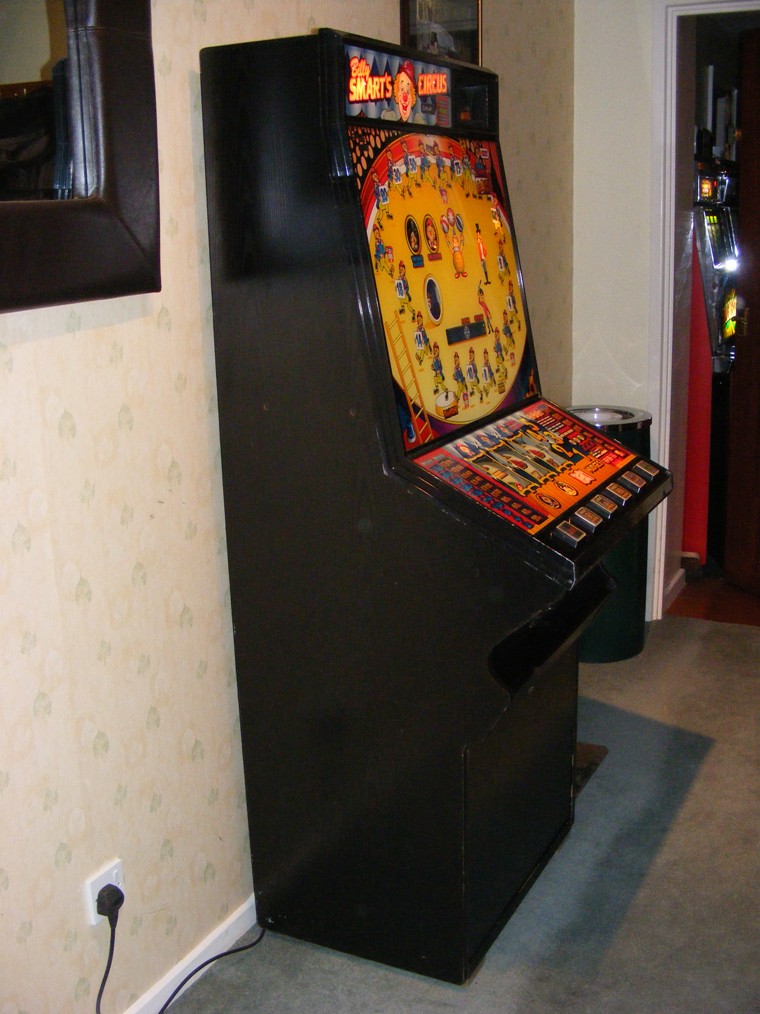 After my special 'deep clean' service, this is how she looks now with absolutely mint artwork! Set to 2p / Ł4 all cash as I got it,

it does give a surprisingly good game! Very few dull moments and many ways onto the board. Dave @ Reel Fruits in Maidstone

change in the future. 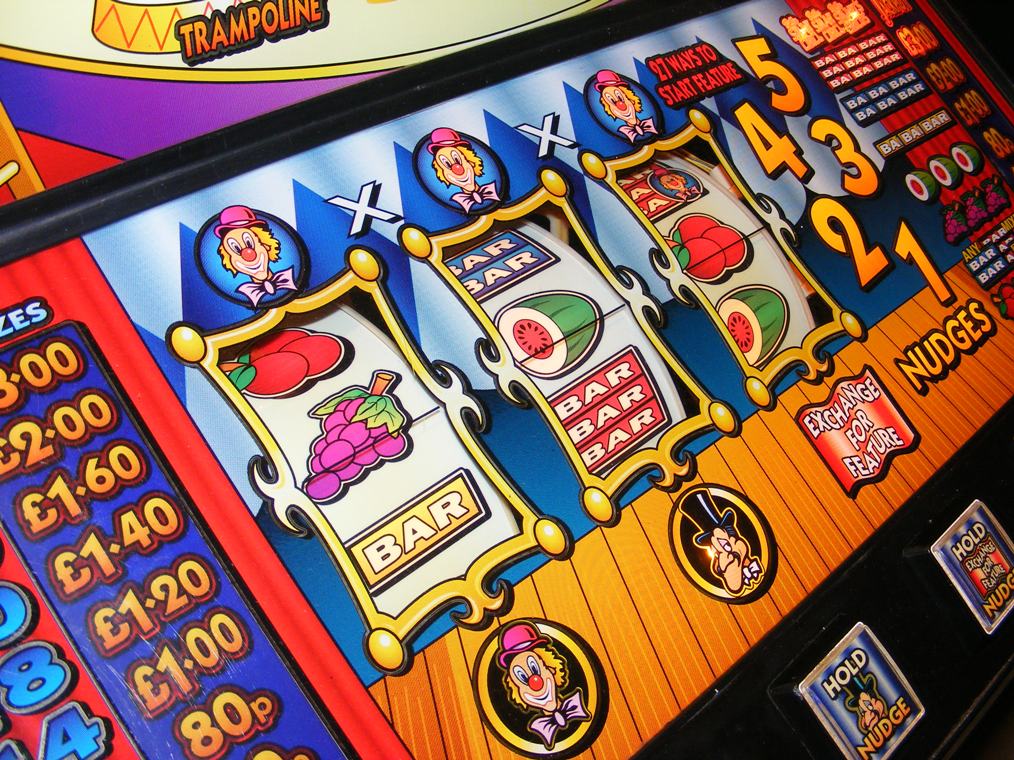 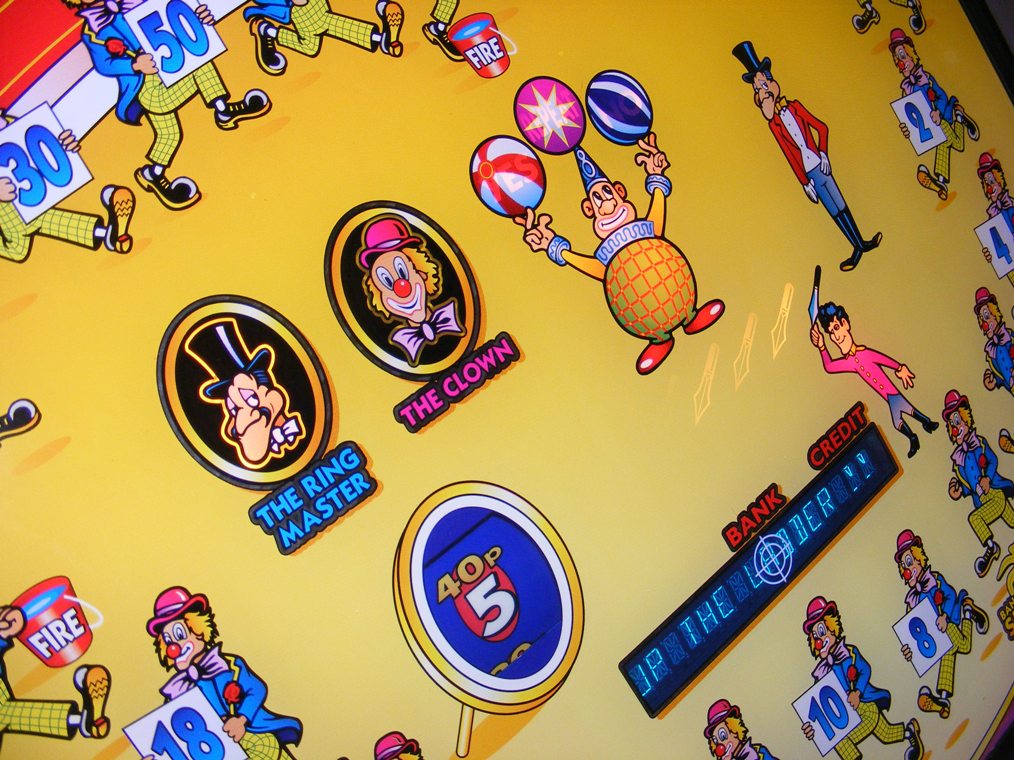 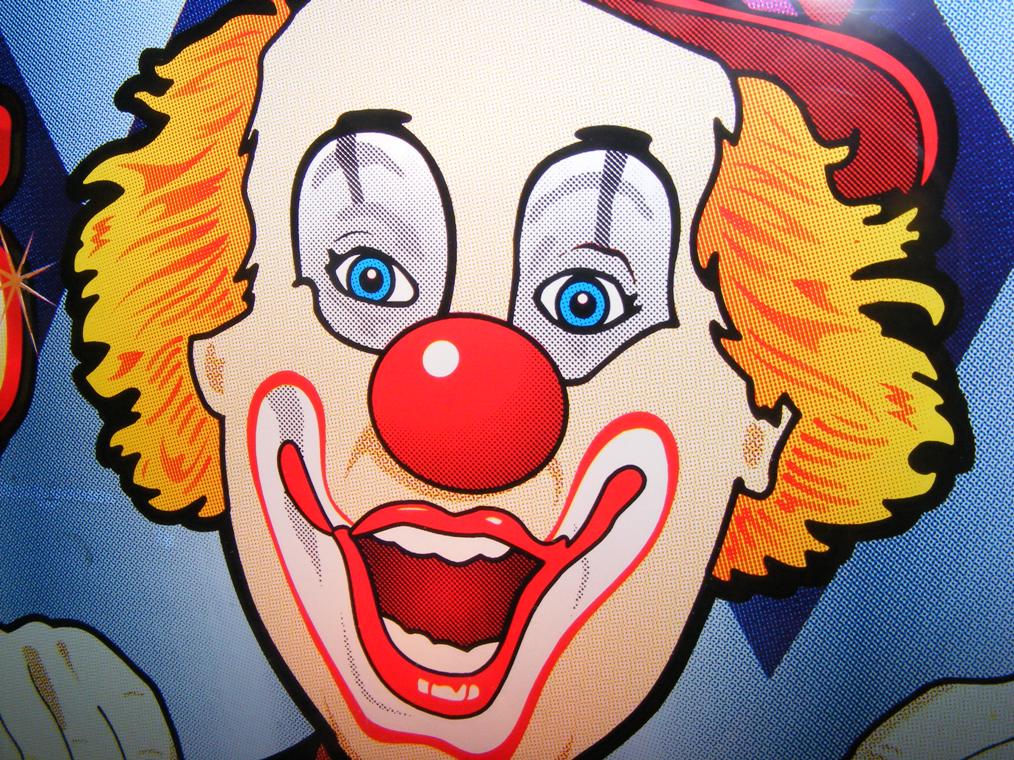 The final job is then just to find a home for her! With the gamesroom FULL and too many in storage I have now had to use

the hallway again which is far from ideal (so my partner tells me!)  I think there will need to be a re-shuffle soon! 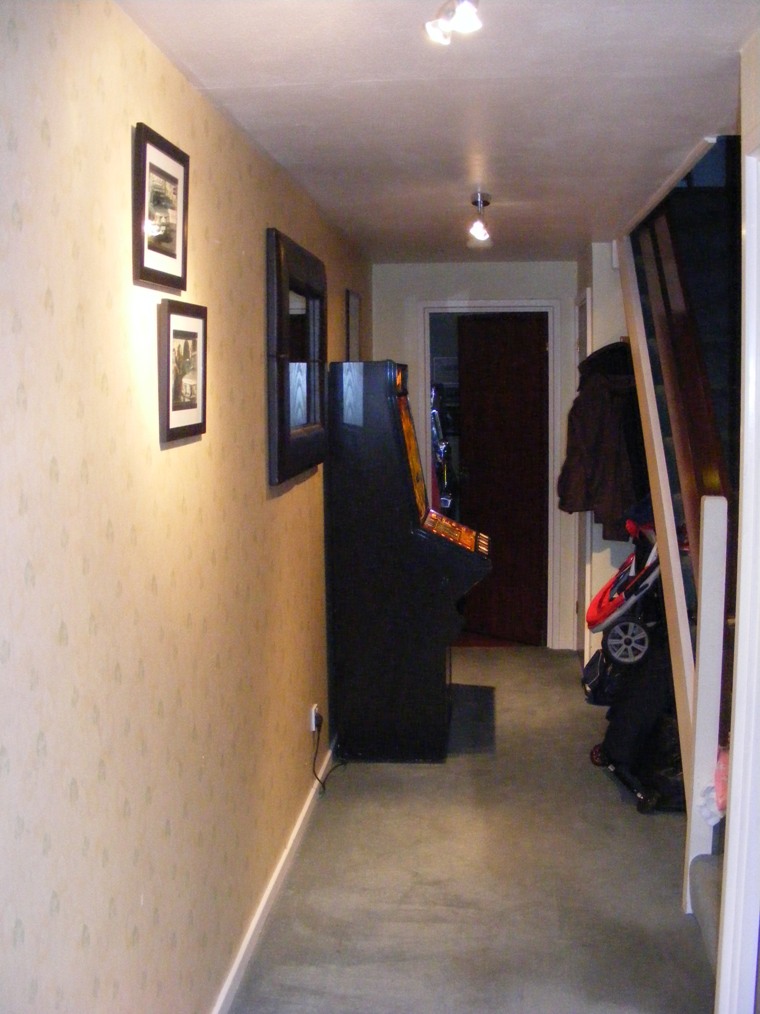